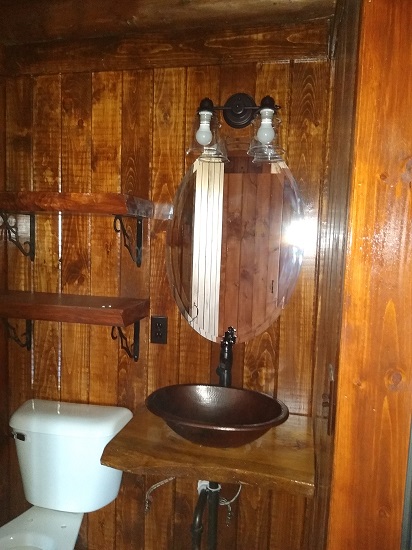 We are excited to share the progress we’re making on the next cabin we will have open for our fall guests.

A bit of history on the house first:  From what we can figure, based on past photos and what we’ve found in the house, the original house included just the front half of the cabin and was likely built in the 1940’s.  In its original form, it had a  a kitchen, living room, one bedroom and one bathroom.  A covered front porch framed the entry.   It appears in the late 50’s or early 1960’s the back of the house was added which doubled the size with the adding of 2 bedrooms, a second bath as well as an extension to the kitchen that included a laundry and mechanical area.  Also at that time, the front of the house appears to have been opened up by removing the bedroom wall and adding a wood stove for heat. It also appears that this renovation included enclosing the front porch and turning it into an office.

At some point, possibly in the past 10 to 15 years an additional mechanical room was added for central heat.  The front of the house was built of logs as were the cabins, however the logs were covered with knotty pine which we have kept.  The back of the house addition was finished with paneling that was probably purchased at some bargain warehouse.

Throughout this project we have tried to preserve the cabin interiors as the roadside motel they were built to be, while  adding modern touches and amenities.  We started updating at the back of the house by replacing the paneling with Knotty Pine stained to look more like the original.  It’s close but not exact.  We think you’ll definitely feel like you’re in an” up-north cabin” when it’s all done.

Here is the progress we’ve made

Master Bedroom as you walk in the door 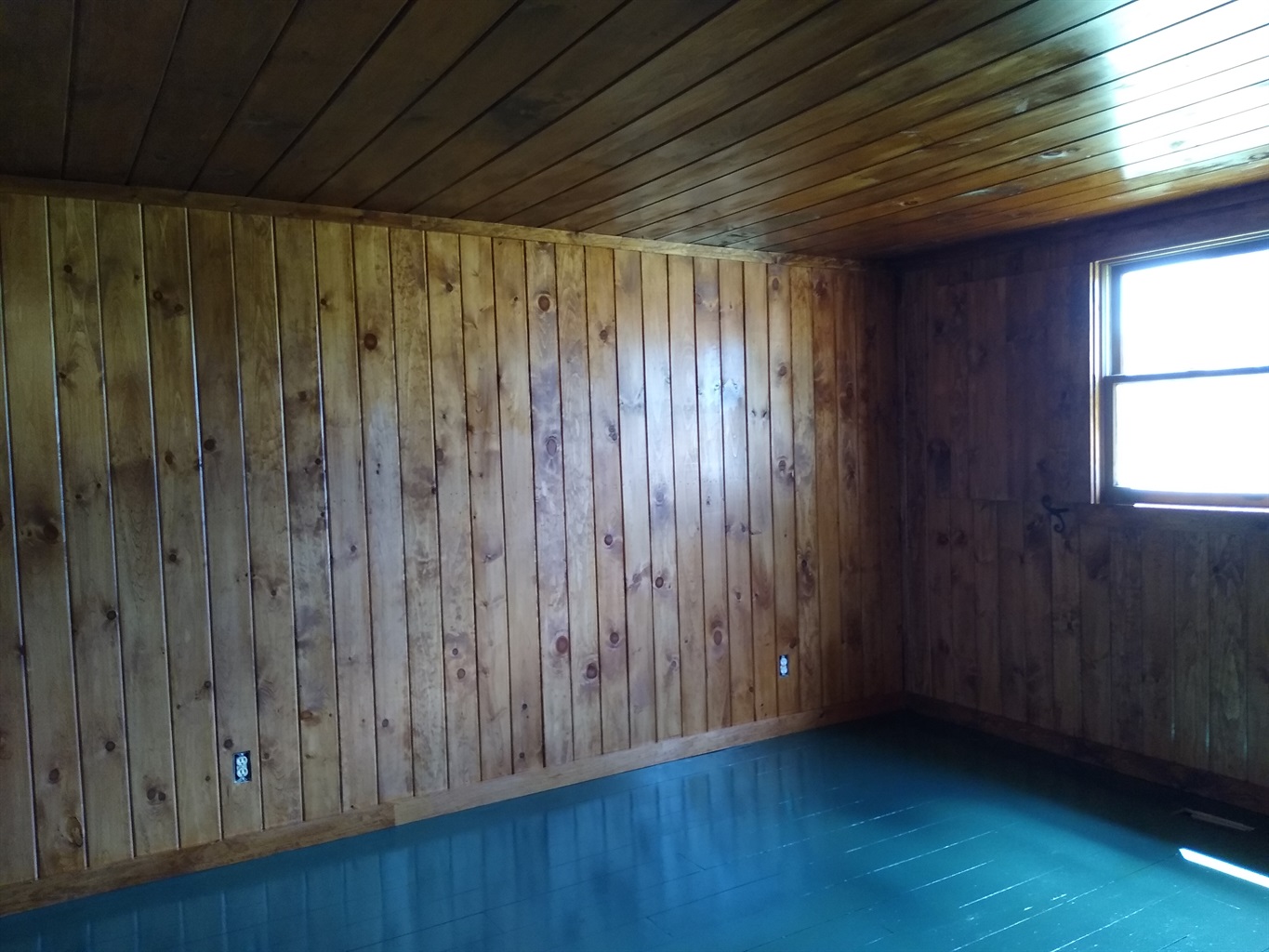 We did leave the closet with the original paneling 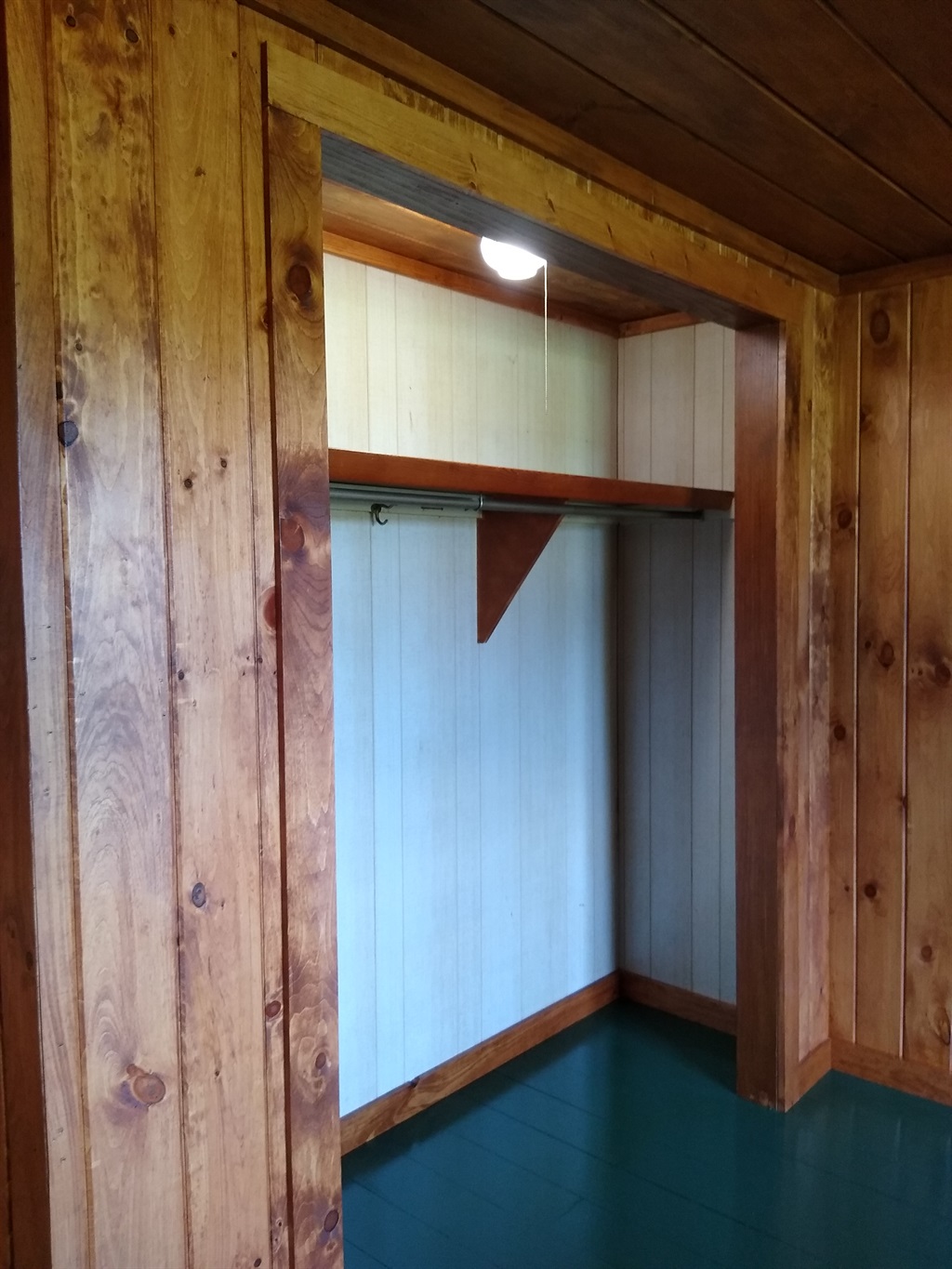 The master bath, which we did go beyond the basic rustic cabin look by adding a vessel sink, large oval mirror and live edge wood shelves, but still keeping the cabin look and feel 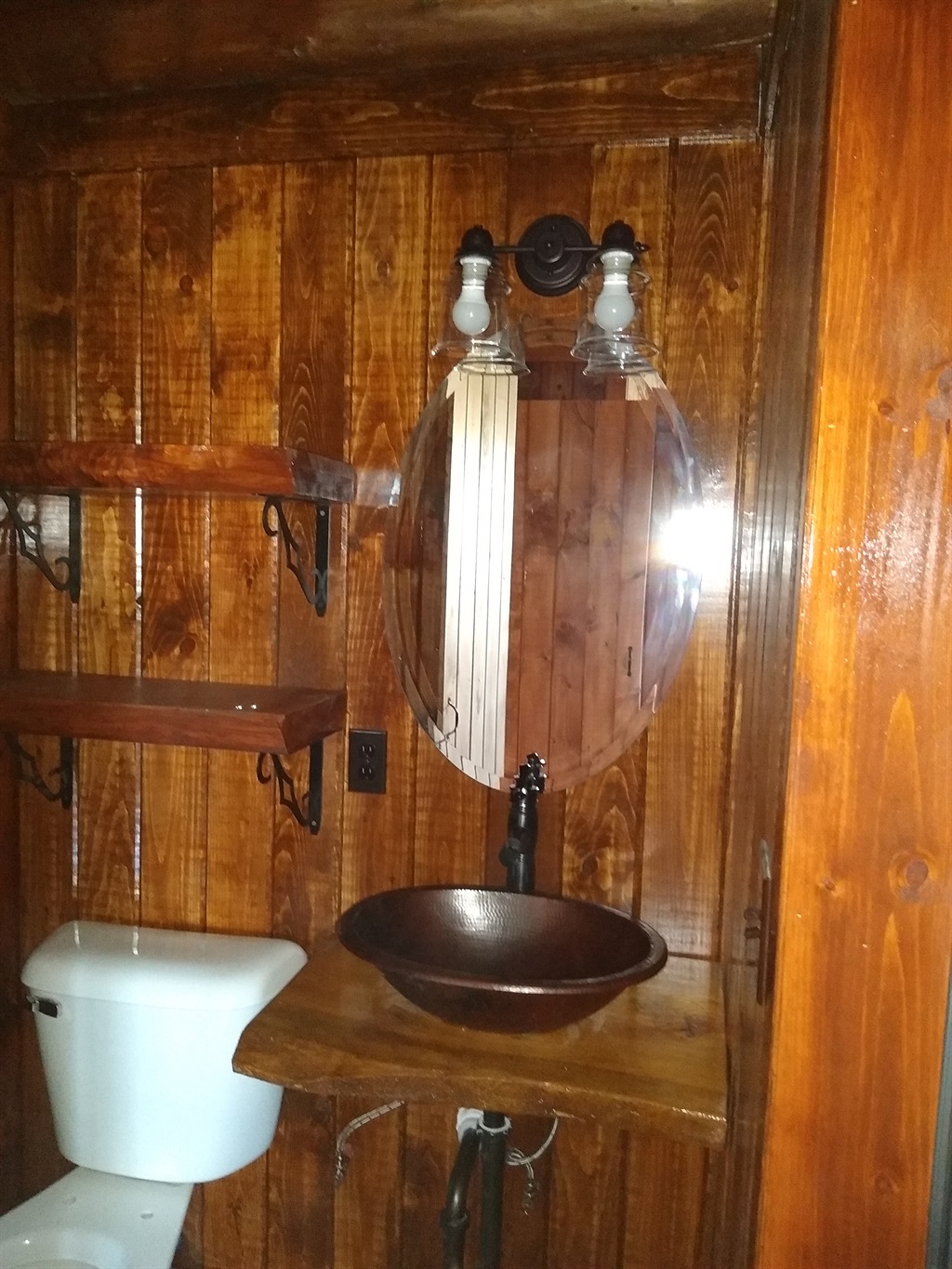 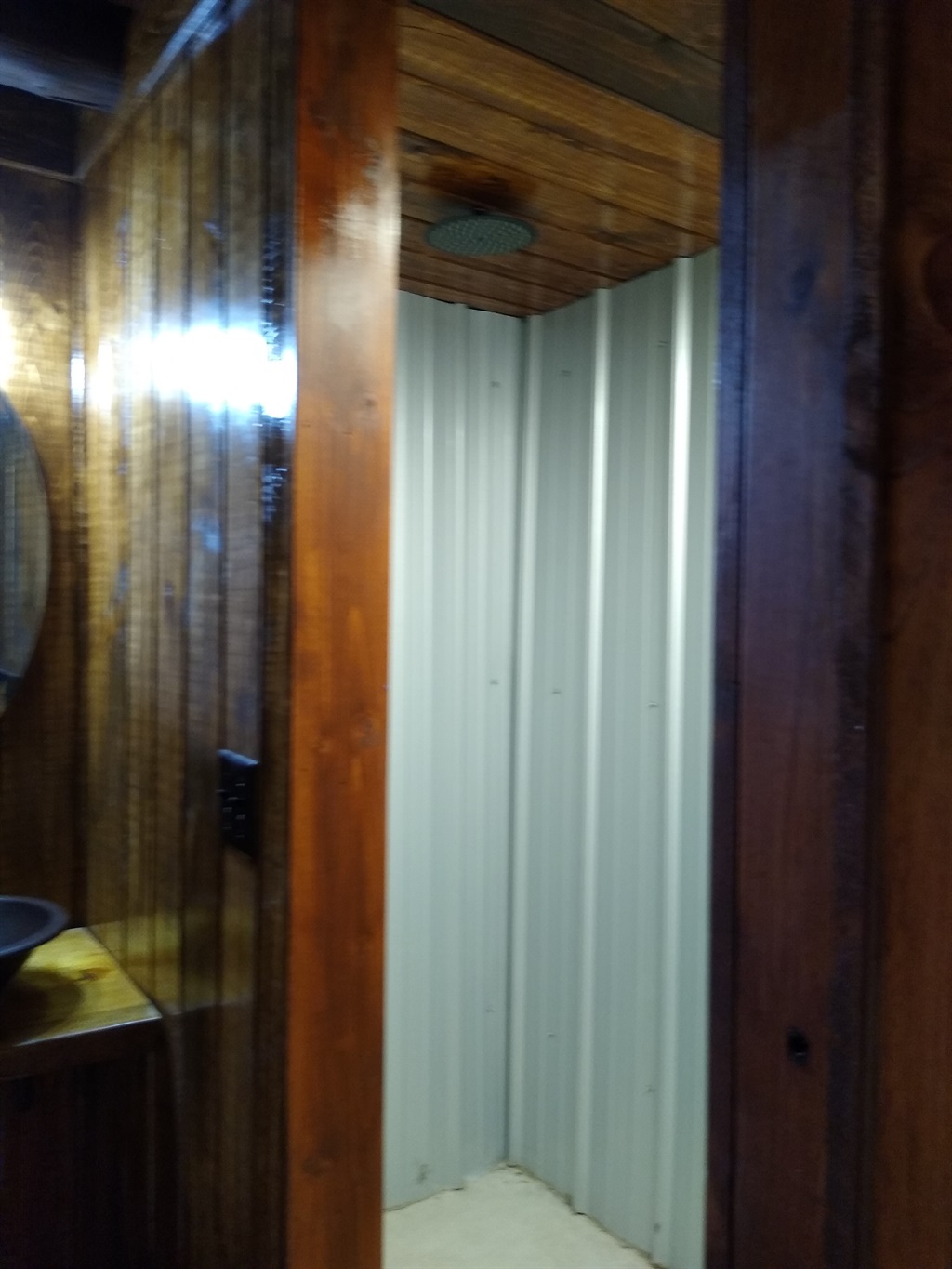 You're logged in to OwnerRez. Manage this site:
Edit Page Edit Site Logout